We Are Here To Enrich Your Business !! 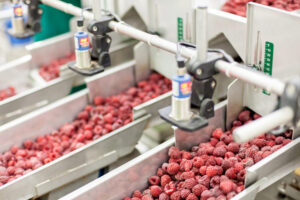 When you are an industrial enterprise, you look for a solution to gain from the central and state government. Before we delve deep into the industrial subsidy, let’s just understand what is a subsidy?

Quoting it into technical terms, a subsidy is either a direct or indirect payment enrolled to individuals or firms. This is conducted in the form of cash payment right from the government or a targeted tax cut. Stating the factor in economic theory, subsidies are incorporated to offset market failures. Externalities are also included in acquiring enhanced economic efficiencies.

When we are talking about industrial subsidy, it is a category or segment that falls under production subsidy in India. Mainly through a production subsidy, the suppliers are encouraged to increase the output of a particular product. This is conducted through offsetting of the production costing or losses born.

The main criteria to lead to industrial subsidies is expanding production of the special product so that the market will be promoting but without increasing the final price to consumers. Falling under the production subsidy scheme, the assistance of the development lead to new firms for Enterprise Investment Scheme, Industrial Policy and even regional policy.

Many other industrial schemes fall under the central government and state government. When it comes to the state government, it varies as per the state norms and functionalities. Now, when you want to acquire more number of schemes and subsidies, you will have to be aloof of the functionalities and the factors leading to gaining the industrial subsidies for you. This is where you need expert help and advice.

How Consultancy Can Help You?

There are leading industrial consultancy providers who have specialized in offering the best services for both central and state government subsidies for industrial enterprises in India.

As you know, various Central Government Ministries and State Government offer subsidies for new projects and the expansion of other projects. To garner more knowledge about the guidelines for such subsidies, the consultants are there to offer you a detailed guide.

Right from the concept till acquiring the subsidies to your firm, you will garner the knowledge and the proceedings for all. Regardless of the size or typography of the enterprise, if you match through the process leading to garner subsidies, there is no looking back.

Consultants have in-depth knowledge about all the schemes which is not possible to garner for anybody else. The experienced team of professionals keep themselves update with their knowledge about the latest scheme of subsidies that is announced by the Government.

To acquire the dispersal of industries and attract the same to the underdeveloped and developing areas of the state, the state government is throwing a new incentive package to the New/Expansion unit for setting up in those areas.

Whereas some state government have also declared new categories of the mega-project entirely based on fixed capital investment or employment generation. The state government declared industrial investment and infrastructure policy ensuring sustainable industrial growth for the improvement in the conducive investment climate in the state. The main idea is to offer a global competitive outlook to the state industries, promoting employment.

The packaging scheme of different types of incentives that throws light on the eligibility criteria and also monitors the mechanism for the administration incentives.

In such a way different state government have come along to curating policies for rapid industrialization for the developing regions of the states. It becomes important for the reduction in disparities for industrial development between different regions of the state. The state government is further announcing and offering incentives to encourage entrepreneurs for establishing, expanding or diversifying their undertakings.

The reputable consulting provider will be offering top-notch services for fetching different central government and state government subsidies. It could be incentives for industries for all forms of enterprises.

What are the guidelines for Availing the Agriculture and Processed Foods Export Promotion Scheme Financial Assistance – APEDA?